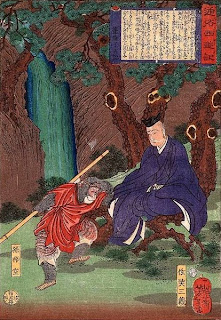 First aired in Japan under its kanji title 西遊記 (Saiyūki) in 1978, Monkey was dubbed for the British market by the BBC the following year and – placed into a kid-friendly teatime slot - made what had previously been a distinctly Chinese legend into part of the folklore of several generations of British, American and Australian children. It’s the story of a Stone Monkey who learns magic, rises to kingship, tricks his way into Heaven, causes chaos, gets stuck under a mountain for 500 years and is given a chance to redeem himself by helping a monk on a journey to India to retreive scriptures.

The cartoonish style of the Japanese TV series is sometimes thought to be slightly disrespectful of the original novel’s sacred concerns, but the truth is - if the English Modernist poet Arthur Waley’s 1942 translation of Wu Ch’Eng-En’s fifteenth century text is anything to go by - the story is pretty cartoonish anyway, an episodic tale of monsters, fighting and human vices magnified in the mirrors of Gods and Demons, all served up with lashings of magic. The Buddhist homilies and bizarre situations, the clowning and kung-fu, are all right there in the original text.

Nowhere is the style of Monkey – both book and TV show - better appreciated than in the first episode, Monkey Goes Wild About Heaven, the story’s foundation and origin myth in which the trickster rapidly evolves from animal to Great Sage, Equal Of Heaven, gets punished, fails to learn his lesson and acquires his peculiar band of fellow pilgrims: the saintly monk Tripitaka (a man confusingly but perfectly played in the series by a woman, Natsume Masako), a dragon-horse, lustful pig-monster and a reformed but morose cannibal. We’ll be screening this very episode in full as the final act of Decoding Monkey. 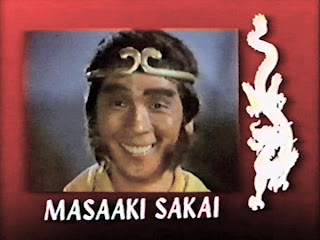 Before we get to that, though, the story of Monkey’s own eventful journey from East to West will be unravelled, taking in Chinese oral tradition, animal symbolism, Ming Dynasty bureaucracy, the English Modernist circle gathered around Ezra Pound in the 1920s, the popularity of Bruce Lee’s breakthrough 1970s kung-fu films and the Group Sounds music scene in 1960s Tokyo, which among other things, hatched Monkey himself, the actor and singer Masaaki Sakai, when he played a key role in The Spiders, Japan’s answer to the Beatles, Monkees and Rolling Stones, all at once. 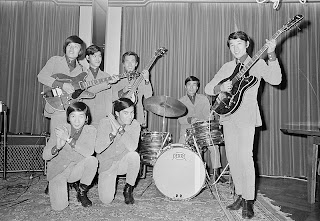 It’s a story, in other words, that’s every bit as cartoonish, full of digressions and downright unlikely as the one told in the pages of Wu Ch’Eng-En’s novel, and its many byways will hopefully cast some useful light on the symbolism and thinking behind the work by Huang Yong Ping – an artist who made his own Journey to the West - in the upstairs galleries. I’ll be doing my best to untangle these many threads in The Space on June 24 and I hope you’ll be ready to join me.

Wayne Burrows
Posted by Nottingham Contemporary at 06:25 No comments:

Helena Tomlin is Head of Learning at Nottingham Contemporary

A couple of months ago during the Anne Collier and Jack Goldstein exhibition this spring, Phil Wise the Deputy Head at Larkfields Junior in Broxtowe rang me to talk about joining one of our Free Twilight Planning Sessions for Teachers. We run these on a regular basis for all teachers across all Key Stages. Our artist educators introduce resources and ideas that can be used to develop work in the gallery for ‘self-led’ sessions to give teachers confidence to run workshops themselves.

After a wide ranging chat and brainstorm over a cup of coffee here at the Gallery Phil decided he would send the whole school staff to work with us! The upshot of the meeting was a plan to develop their Arts Week in school in response to Nottingham Contemporary and the exhibitions on show at the time.

The results of this inspiring collaboration can be seen at http://www.nottinghamcontemporary.org/films-and-photographs-larkfields-junior-school

I went along to school to experience the Arts Week myself. After navigating my way to the correct motorway exit (I’m new to Nottingham still!) I was welcomed into the school and spent a happy hour watching the films they had made in a cinema created from clearing out a school store room...Phil had developed it into a wonderful pop-up screening space and I together with parents and families of the children involved took it in turns to enjoy a full viewing.

Although I’ve been working in arts education for over 20 years now, it has been a while since I have seen such a well thought out piece of work completed within a short time frame. What made the Arts Week so successful was Phil and his team’s ability to capture the excitement and evident fun all the children had in the making of the work. At Nottingham Contemporary we are keen to make visible the processes and practice of contemporary art making, and this project certainly delivered on this key theme.

The children and teachers had all taken on board the ideas generated by the two artists. These included thinking about repetition, suspense and a focus on one key element. To see more of Jack Goldstein and Anne Collier’s work at Nottingham Contemporary take a look at http://www.nottinghamcontemporary.org/art/1/past

I’m excited about what other schools in Nottingham will come up with after training with us and I’ll keep you all posted with further news!
Posted by Helena Tomlin at 04:21 No comments: