The Power of Art & Architecture 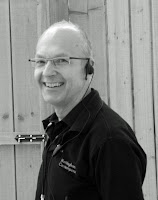 The present exhibition at Nottingham Contemporary explores the power and art of architecture. In the first two galleries, we are introduced to the work of the DAAR, a loose architectural collective based near and consisting of an Israeli, a Palestinian and an Italian. This group has taken the tragedy of the Palestine/Israel situation and injected it with both hope and humour.

What better use for an ex-military base could there be than to punch holes into it, so that migrating birds can nest, or to replace the pitched roofs of private houses with an interconnecting terrace to celebrate communal life. The group further probes the absurdity of colonisation by taking the line on a map literally and scaling it up into a five metre wide ‘lawless line’; a line that bisects, among other buildings, the Palestinian Parliament. A building which the PLO erected as close to as the Knesset, and consequently incurred a boundary change between and , which led inevitably to its abandonment. The DAAR has now taken that bisecting line and re-constructed it in Gallery 2 as a spectacular, dream-like structure. Its sleek, black form appears suspended by cables that reflect and refract the light. The resulting structure dances in the sunlight, lifts your spirits, and appears to reach up to heaven.

From the heat of the desert, the exhibition moves to the decadence of the coast and to the cinematic luxury of John Lautner’s architecture in Galleries 3 and 4. In these galleries, Thomas Demand has created a vibrant atmosphere consequent of his empathy with the building and his love of this space. Colour, texture and depth radiate from his monumental photographs of Lautner’s architectural models. They appear as doors inviting you to step into extraordinary spaces, or to contemplate the DNA of a roof or a terrace. The flamboyance of Lautner’s designs may not be to everyone’s taste, but few can argue with the beauty of Demand’s presentation.

The overall effect of this exhibition is to remind you of the value of architecture and its ability to affect the human experience. It is an exhibition that will change the way that you look at the world; tiled roofs and boundary lines will never be the same again….so don’t miss it. 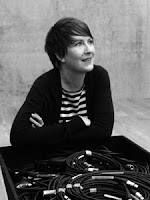 By Vicky Godfrey, Marketing Officer
I have been looking back on what we have been posting on our social sites over the last couple of years. Sometimes the things we think are sure to work well go down like a lead balloon and things that we post off the cuff get an extraordinary response. There isn’t a magic formula for what to write about – but here are some of my most enjoyable!

What do you think sound looks like?
When Caroline Locke showcased her Sound Fountains for a weekend in November 2011 this question provoked a whole range of responses from practical to the romantic. I love to learn what sparks the imagination of our audiences. Here are some of the comments

Makena Sheila Depends on the source, all sound does/cannot look the same.
Love Notts We think sound would look messy.
Robert Squirrell What does the visual field of perception sound like?
Ben Nimerovski A spectrum analyzer can answer that for you
Kelly Vero it's looks like corn syrup in a speaker
Carmel Gummett-Kemp That depends on the sound surely? Some music looks like shards of broken glass (Stockhausen) while other music looks like a dark room with colours behind your eyelids (Pink Floyd) then again other music looks like a dewy autumnal forest (Vivaldi) I could go on....
Bogusia Matylda sound doesnt look, sound tastes

Klaus Weber introduces Already there!
Sharing video is a perfect way to provide an insight, the thinking or process behind an exhibition. Klaus Weber was the one of first artists that we recorded, and it is something we hope to build on this year. Since then we have broadcast live from talks by Razia Iqbal and the DAAR conference. I'm looking forward seeing what the response will be when we stream Thomas Demand in conversation with Joseph Grima (which is fully booked) in April with This is Tomorrow.

Behind the scenes of the Jean Genet exhibition
We have had some seriously complex installations that have re-configured the gallery spaces dramatically. We don’t want to give away everything before the exhibition opens, but aim to provide a snapshot of the process. We have always posted photos of the install periods but the Jean Genet exhibition last year reached a peak for being the most popular for views and comments.


There are always observations in the office that go down well too!

Weather and nature
Snow, glorious sunsets and rainbows have provided a seasonal frame for our building over the last year. I am also a sucker for cute cretins. When animal trainer James McKay bought his owl and giant rat for a walkthrough of the Jack Goldstein exhibition I was delighted to meet them!

The Nottinghamshire Wildlife Trust visited the gallery recently, through meeting them I found out about the peregrine falcons that live on the Nottingham Trent University building in the city centre. It’s wonderful that nature can thrive in a such a busy urban centre, and last week they laid two new eggs! 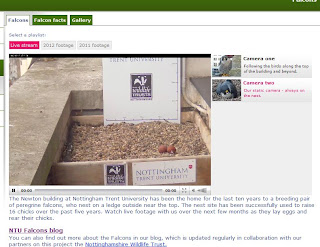 Zebra Spotting
Our zebra does a fabulous job as our family ambassador, one of his jobs is to give out badges and hugs in the city. He developed a new dimension to his personality last year via zebra spotting. He went travelling, made a music video and can also be found chilling in The Study.

So there are five of my online moments from last year, I could have included many more! If you have been following us on Facebook or Twitter I hope you have enjoyed hearing from us and I look forward to sharing more online adventures with you this year.

Look out for some exciting changes to our website this spring - and if you want to get in touch this is where we are
Facebook: http://www.facebook.com/nottcontemporary
Twitter: https://twitter.com/nottm_contemp
http://www.nottinghamcontemporary.org/

Posted by Nottingham Contemporary at 10:32 No comments:

Get Involved 17, by Sian Watson


Young people in the driving seat with creativity as their vehicle

The first ever project over two years ago took place before the doors of our gallery had even opened!  The group  set sail with over 300 members of the public to celebrate  the opening of the gallery by creating an armada of  paper boats that sailed across the waters of Old Market Square. 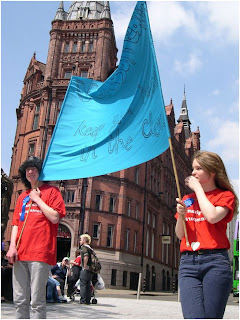 The group has had a fantastic journey over the last two years, experiencing  adventures in the shape of carrying a stripy sofa across the city collecting conversations, turning The Studio into an application form installation, even causing a coup d’état by staging an  ART FORM election.

Get involved 17 are a peer lead group who have complete freedom in the direction of how their projects travel, taking pride in sharing fresh ideas and perspectives with us. In turn we have support our young people in the process of action research and consultation. Inviting a collective curiosity, openness, and dialogue that allows a shared conversation to grow.

I have been lucky enough to have been involved on this exciting road trip, along the way I have seen them complete the Silver and Gold Arts Award, with their portfolios acknowledged as outstanding levels of achievement. Two of the young people’s portfolios were chosen to be used nationally in Gold art award training as examples of excellence.

We were also invited to visit the US ambassador's residence in London. Marjorie Susman, the ambassador's wife, guided the group around the house in Regent's Park, sharing with them the beautiful modern art collection. They even got to sign in the official US Embassy guest book, their names nestled between the likes of President Obama and Tom Hanks! 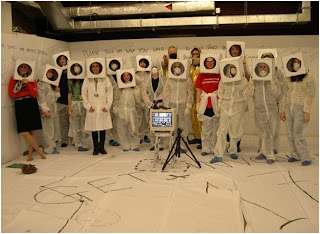 Our new project is even more exciting!

We are taking part in the Tate Plus initiative, a programme exploring young people’s engagement with arts and art organisations. Working with 18 organisations across the country such as, Tate Liverpool, Ikon and the BALTIC, Get involved 17 will be helping to create an evaluation tool which can be shared with other galleries and their youth programmes. The group will be looking at  ideas around,  ‘what is quality?’ and how can we evaluate a quality experience?

So, keep your eyes open for events around the city, celebrating what quality means to the Get Involved 17, Nottingham Contemporary and you!

I know that Get involved 17, old and new, have made my life full of quality moments!
Posted by Nottingham Contemporary at 07:40 No comments: